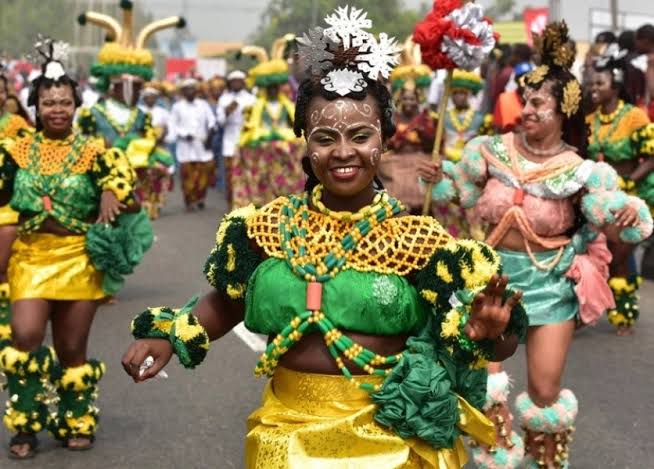 The Ibibio people are famed as the oldest ethnic group in Nigeria with a spoken language that is as old as the group itself. Dise Akwa Ibom’s Uwakmfon Etim takes us through what being Ibibio is about.

Daughter: “Daddy, how will I know when I’ve gotten to Akwa Ibom State?”

Father: “Once you notice the people on the road get shorter, know you’re there. You can’t miss it.” (True Story)

Their name, Ibibio, came from the word “ibio-ibio” which means short. It, however, had nothing to do with their height. (At least that’s what the history books say.) It was due to their hurried nature of doing things. Looking at the Ibibio people today, one would be hard-pressed to believe this as people from other Nigerian tribes have described the Ibibio man as “laidback.”

My Mother is Ibibio, from Ikot Abasi, and I have spent almost my entire life in Ibibio parts of Akwa Ibom State, first Ikot Abasi, then Uyo, and so giving you a brief history of the Ibibio people is not exactly going to be a tall order. I have lived and breathed Ibibio my entire life.

They are regarded as the most ancient of all the ethnic groups in Nigeria. (Crazy right? I know. I was shocked too.)

By the way, the Ibibio people didn’t come from the Efik like most of you thought. The Efik came from the Ibibio, and so did the Annang and Oro peoples and other Ibibio derived tribes. However, they all see themselves as distinct groups and probably will dispute this fact. (My Father is Annang and so I know what I’m talking about. Our Annang pride is intact.)

The Ibibio, Annang, Ekid, Oron Ibeno etc, share personal names, cultures and traditions with the Ibibio and were even considered Ibibio tribes speaking dialects of Ibibio prior to the present Nigeria.

By the way, did you know there are Ibibio speaking people in Cameroon?

South-western Cameroon used to be part of present day Cross River and Akwa Ibom States. In a 1961 plebiscite, when the area (Cross River and Akwa Ibom) was known as the Eastern Region, back when there were just three states in Nigeria, it was partitioned into Cameroon. This resulted in the Ibibio, Efik and Annang being divided between Nigeria and Cameroon. However, the leadership of the Northern Region of Nigeria was able to keep  the North-western section during the plebiscite. Those areas are now the Adamawa and Taraba states of Nigeria.

Believe it or not, the Ibibio tribe is the 4th largest in Nigeria. Yes, you heard that right. The 4th largest. About five million people in Nigeria speak Ibibio as their mother tongue.

The Ibibio and Efik languages, although similar, are not the same. (I got to learn this the hard way.)

There’s so much to talk about with regards to the Ibibio People of Akwa Ibom State. We, however, have to stop somewhere. And there isn’t a better place to stop than right here. You, on the other hand, don’t have to. Find out more about the Ibibio people. Find out about their foods, their songs, their folktales, their wedding ceremonies, everything. You’ll be glad you did.

If this is your first time of checking out diseakwaibom.com, then you really need to check out previous episodes of 40 DAYS OF AKWA IBOM.

Get to know Akwa Ibom better. 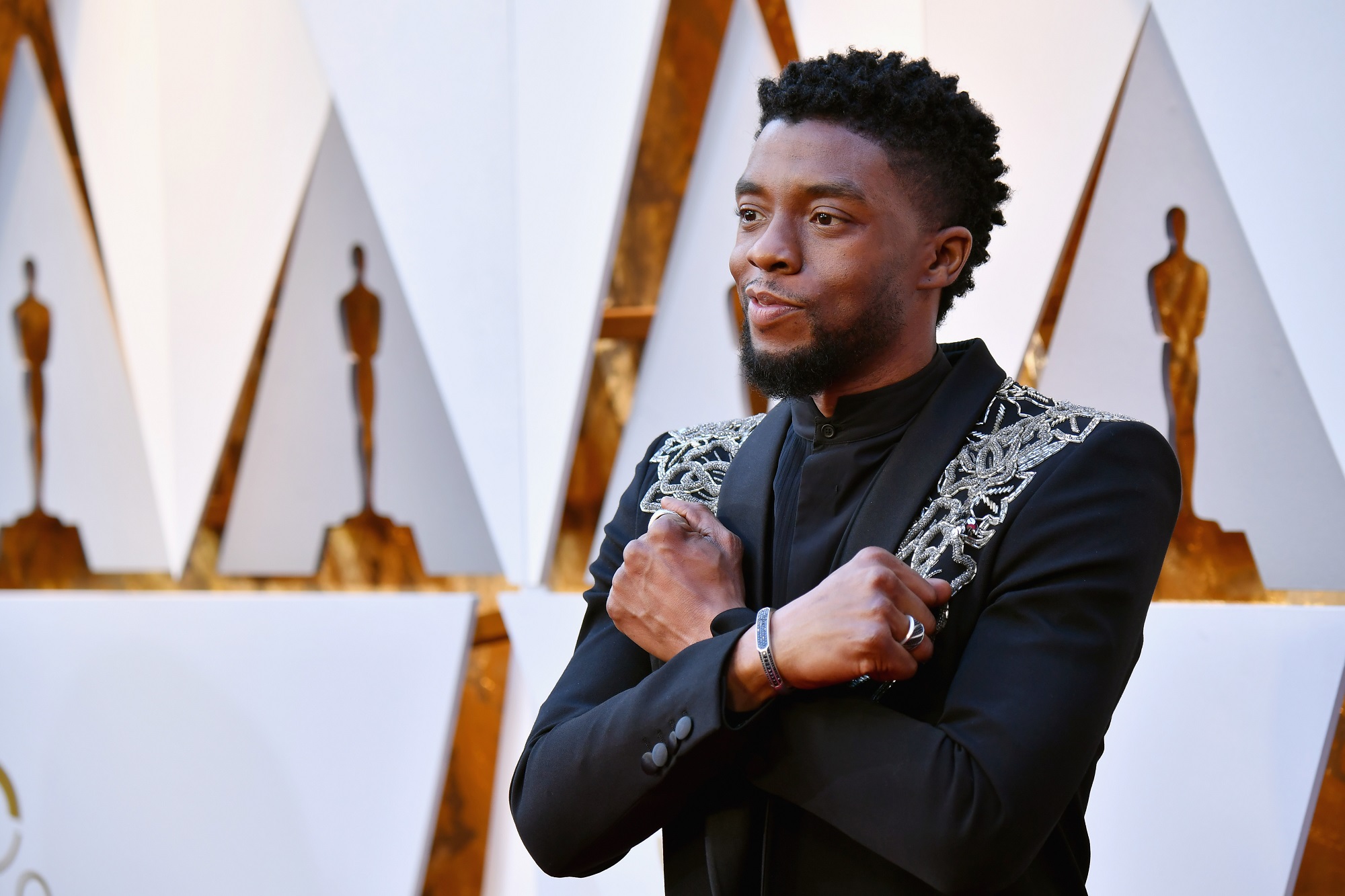 How are you today? Before you say I’m fine and move along, take a minute and truly reflect. Are you really okay? Think about that for a minute or two.

This past weekend has been heartbreaking to say the least. Chadwick Boseman died. What a profound statement. Death is so… final. We anticipate that it’ll come but when it does, it’s still so shocking. Perhaps for a lot of people, his death was just another headline in a year full of headlines. To some of us though, we lost a hero. It was the end of an era, so to speak.

The hashtag that started trending after the announcement of his passing was #RepresentationMatters. Do you know what that means? Before his most iconic movie, Black Panther, was released, how many black superheroes did you know about? Did you ever associate black skin with heroism? He gave us that. Now, in the aftermath of this loss, young black children in this generation and beyond can watch Black Panther and see a hero in themselves. IMPACT.

Chadwick was the Black Panther. It was more than a role he played. It became a movement. When we wore our best outfits to movie theatres, we were going to Wakanda. I remember watching it at Ibom Tropicana and applauding every scene. When he said Wakanda Forever, everyone in that hall screamed it back. I mean, he had football players wearing black panther masks!

I’m so grateful for those memories.

Are you kind? Thoughtful? Non-judgemental?

When he was losing so much weight and seemed tired most times, did you join the dragging party on social media? Did he read your unkind words? Did you add to his pain?

The lesson here is to be kind. You don’t have to know what a person is going through to be thoughtful. So next time, when you want to make nasty comments about a person’s weight or appearance, check yourself. It’s not your concern unless they choose to share.

Loss. I’ve been thinking about it a lot.

If you died today, would you still exist?

This article isn’t supposed to be a motivational speech or anything. It’s just a personal eulogy to a man I admired..still. 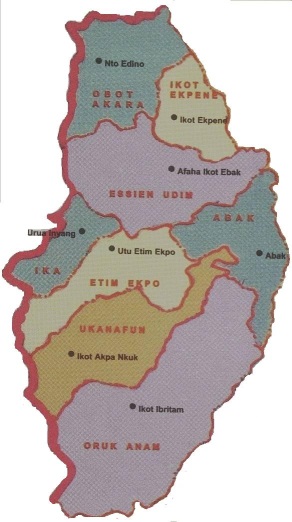 If there was ever a group of Akwa Ibomites whose customs and way of life seem shrouded in mystery and draws much controversy, it is the Annang people. I am an Annang man, and as an Annang man born in Ibibio land, I have heard some of the most fascinating and many times false things being believed about the Annang people.

So, who are the Annang people?

The Anaang (also spelled Annang) are a Southern Nigerian ethnic group whose land is primarily within 8 of the present 31 local government areas in Akwa Ibom State: Abak, Essien Udim, Etim Ekpo, Ika, Ikot Ekpene, Obot Akara, Oruk Anam, Ukanafun in Akwa Ibom State,and 3 of the 17 Local government areas in Abia State: Ugwunagbo, Obi Ngwa,and Ukwa East of Abia State. They were formerly located in the former Abak and Ikot Ekpene Divisions of the Anaang Province, as well as part of the former Opobo Division of Uyo Province, in the former Eastern Region of Nigeria. The proper name for the Ika of Akwa Ibom is Ika-Annang. Based on 2018 estimates, there are about 4 million Annang speakers in Akwa Ibom,Abia state and over a million speakers living outside these states.

The Anaangs have a history and reputation for fearlessness and the ability of villages and clans to bind together to fight a common enemy. This is perhaps why they were able to thrive living so close to the Aro Confederacy‘s center, Arochukwu with its famed Ibini Ukpabi oracle. A particular interesting war group, or “Warrior cult”, was the famous Oko warriors. This war group was highly functional in the 1950s. These warriors were considered invulnerable to penetration of knives, spears, and arrows. In various instances sharp machetes were tested on the body parts of members.

Parts of the Annang language may be intelligible to speakers of Efik, Ibibio, Oron, Eket (also known as Ekid) of the Old Calabar Kingdom. Though the Anaang speech pattern was not written down, linguists have now produced an orthography of the language which makes it possible to produce written materials in the language (Idem-Agozino & Udondata, 2001). In Annang dialect, the word “ilung”means village while in Ibibio it is called ” Idung”. The major linguistic difference between the Annang and other dialects is the predominant use of the letter “L” in place of “r” or “d”,and the use of “g” in place of “w”.The Annang dialect sounds hard but it is a dialect of freewill,ie the words roll out easily from your tongue than the Ibibio.

According to oral tradition, which is a form of human communication where knowledge, art, ideas and cultural material is received, preserved and transmitted orally from one generation to another, the Annang people have occupied their land in the coastal Southeastern Nigeria for thousands of years.

Thus making it a fact to be considered when it is said by some Anaangs that they have their origins in Jewish tribes from Egypt and settled in Ghana before arriving in the coastal Southeastern Nigeria and Southwestern Cameroon.

Related to both the Efiks and the Ibibios, it is said that the migration of the Annang people brought them to live among the Twi of Ghana where the name Anaang means “fourth son”.

And from Ghana, they moved eastward into present-day Cameroon. Upon getting to the highlands of Cameroon, they broke off but later arrived at same territory in present-day Akwa Ibom.

Distinct for the value they have in the ability to speak well, the use of proverbs is highly desirable, especially among the leaders.

So desirable it is that the American anthropologist, Peter Farb, stated that the name “Anaang” among this group means ‘they who speak well’. And as a matter of traditional fact, an individual who has the gift of eloquent speech is often complimented as Akwo Anaang meaning the singer of Anaang.

There is so much to learn about the Annang people, so much so that we have barely scratched the surface. Maybe we will get to tell you more soon. 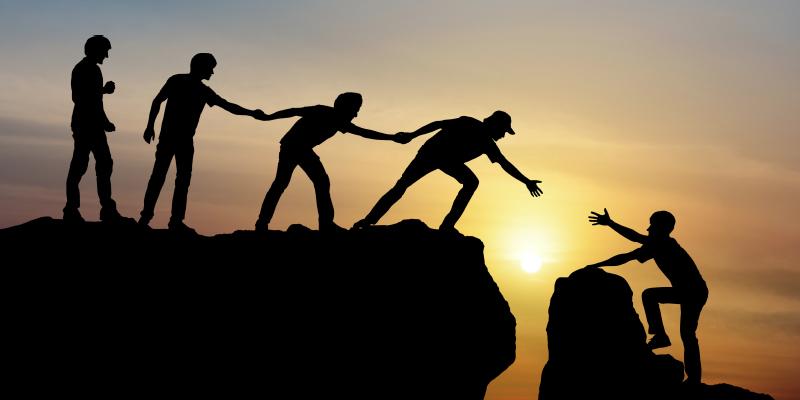 On no day was this more evident than on a rainy day when I went to the market. A very dirty looking young man who was clearly mentally unstable came to meet me. He was hungry.

“What will you like to eat?” I asked him.

He held out the stick of smoked fish in his hand. He wanted to make soup. Soup would last longer.

He looked like someone who would readily use any money given to him to get drugs, and I really did want to help him. So I told him, “We have N800. What do you want to buy?”

We went to different parts of the market to get different condiments for his soup, and I was pleasingly surprised at the kindness that was shown to the young man.

Even though a lot of them made fun of him, things that didn’t seem to get to him as he joked over the fun they poked, they gave him a lot of things in excess.

By the time the N800 was spent, I strongly believe there was food worth N1500, if not more in his small bag.

From the exchanges that occurred between him and the market women, It was clear that this was a regular occurrence. The only reason this young man was not dead or eating from trash yet was because people constantly cared enough to give him food everyday.